Northern Ireland is home to more Westeros destinations than anywhere else in the world! Explore the world of HBO's Game of Thrones by car and travel through the rich Riverlands and the Iron Islands, the home of the Starks in Winterfell or the great Dothraki Sea. 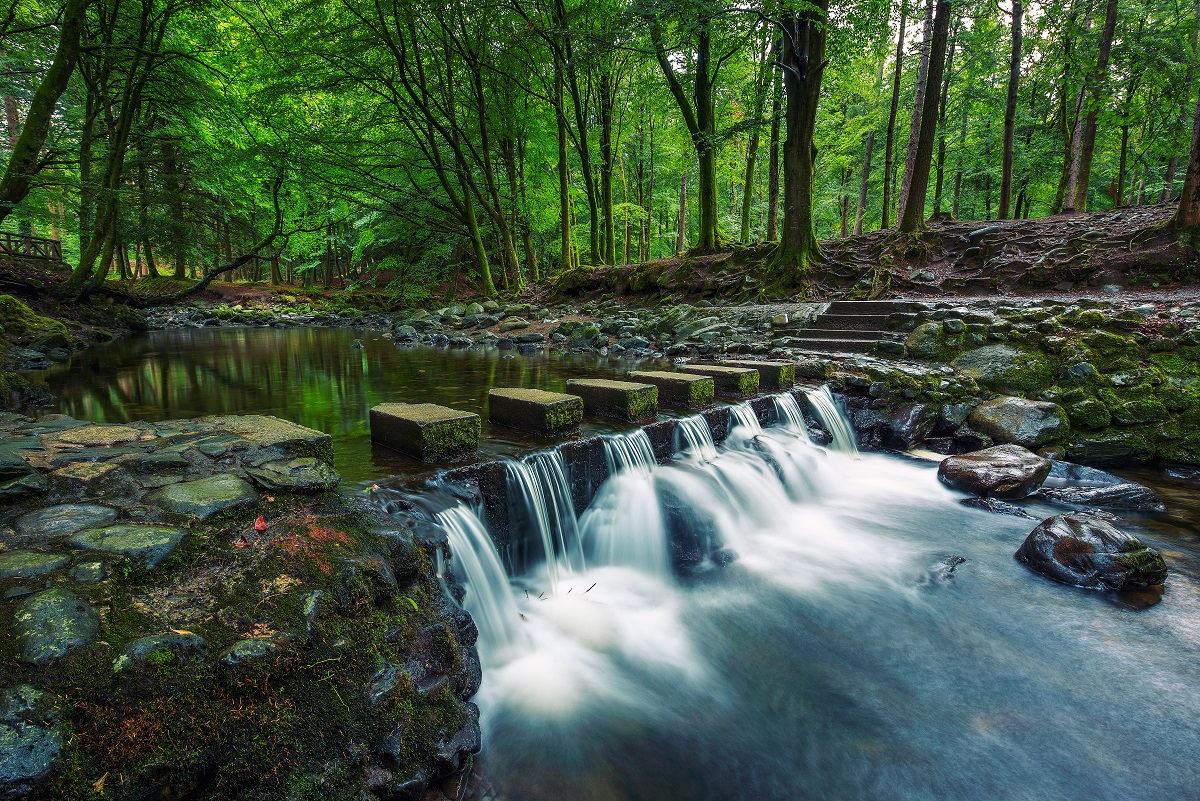 Kick things off by visiting the Tollymore Forest Park, this location is used for more than one location. Known as the Wolfswood this is where the Starks find their direwolf puppies.

This forest is also the first place that we encounter the White Walkers in the Haunted Forest. Home to magnificent redwoods and centuries old stone structures, The Tollymore Forest Park is a wonderful location to begin your Game of Thrones road trip.

Visit Winterfell, the home of the Stark family at the 16th century Castle Ward. Here you can take up archery where Arya, John and Bran were shown practising in the first season.

Feast on a medieval banquet and dress up as your favourite characters in some authentic Westerosi attire to relive memorable moments such as when John defeated Ramsay Bolton in the Battle of the Bastards or the defeat of the White Walkers in the Battle of Winterfell. 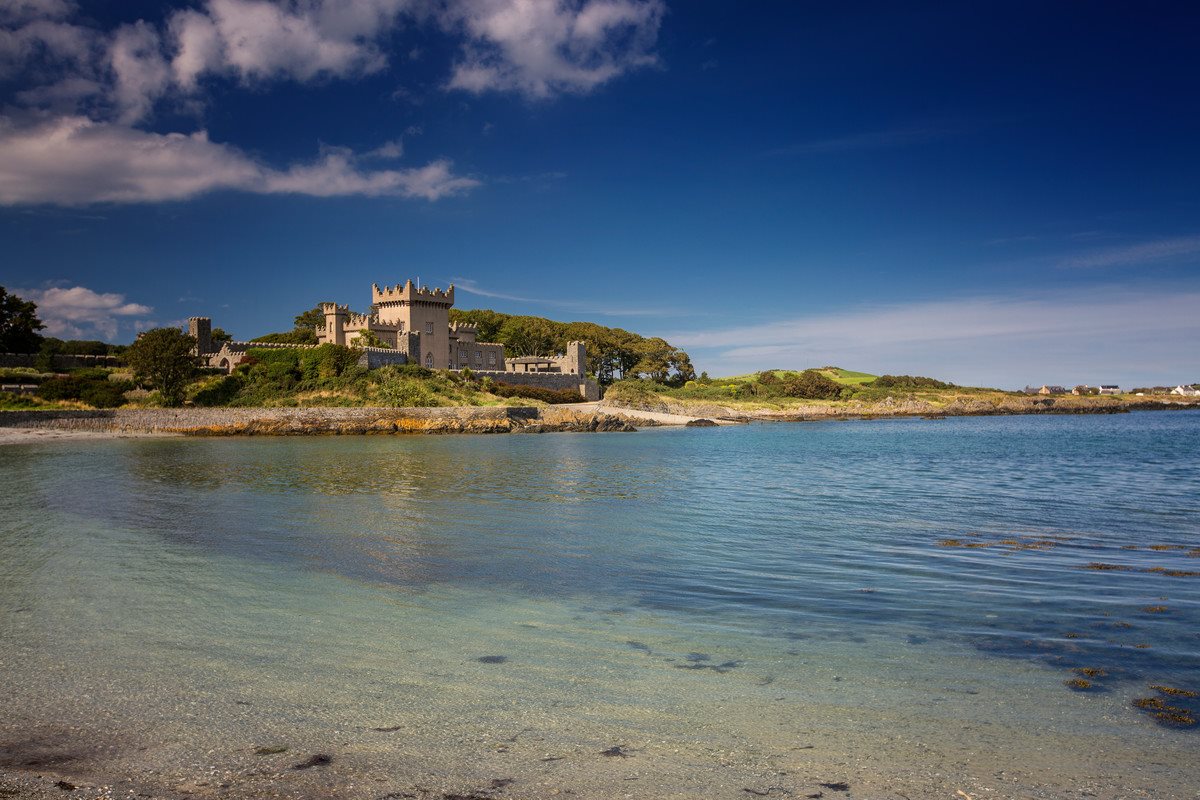 3. The Plan to Save the Princess

The next stop on your road trip is to Quinton Bay which is where you will find the locations used to film Castle Stokeworth.

It was at Castle Stokeworth where Sir Jamie Lannister persuaded Sir Bron of the Blackwater to accompany him to Dorne to retrieve Princess Myrcella from the Martells of Dorne. Enjoy a walk on the pristine sands and spectacular views from Quintin Castle which was built in 1184.

Along the River Quoile which flows into Strangford Lough and is the location for the funeral of Lord Hoster Tully. The funeral was held in the River Trident that runs along the Tully home of Riverrun.

The funeral was attended by Lord Huster's daughter Catelyn Stark, his brother Brynden "The Blackfish" Tully, his son Lord Edmure Tully and his grandson the King in the North, Robert Stark. 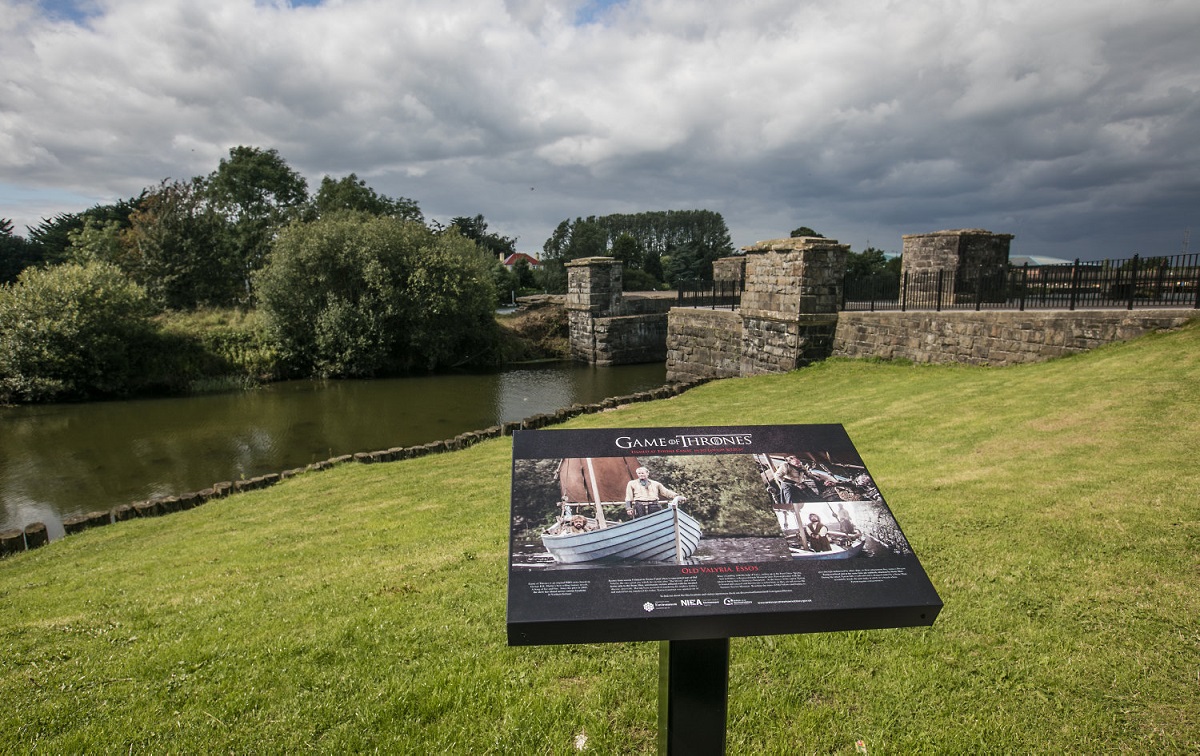 The Toome Canal is the location used to film the dreaded Old Valyrian Canal where Sir Jorah Mormant and Tyrion Lannister were set upon by the Stone Men that have been exiled to live out the rest of their lives.

It was here that Tyrion first laid his eyes on a dragon which was a boyhood dream of his. 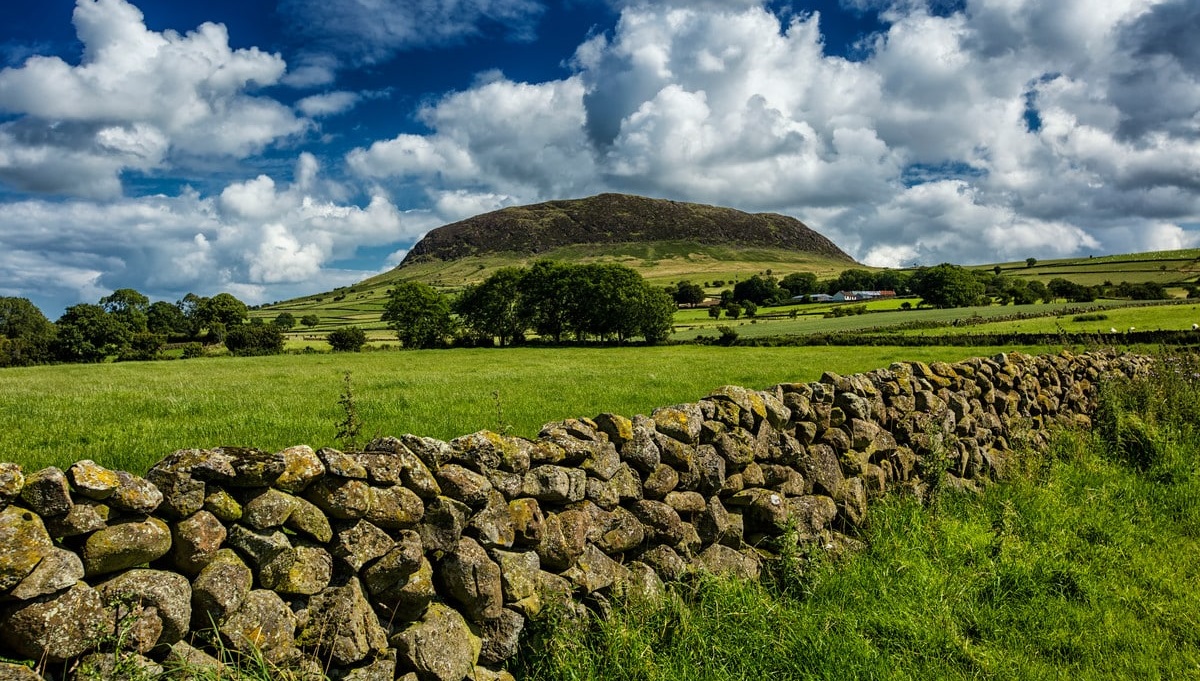 The Shillanavogy Valley which lies beneath Slemish Mountain is the location used to film the vast Dothraki Sea which Khal Drogo and his new Khaleesi, Danenerys Targaryen and her brother Viserys rode across to reach Vaes Dothrak. 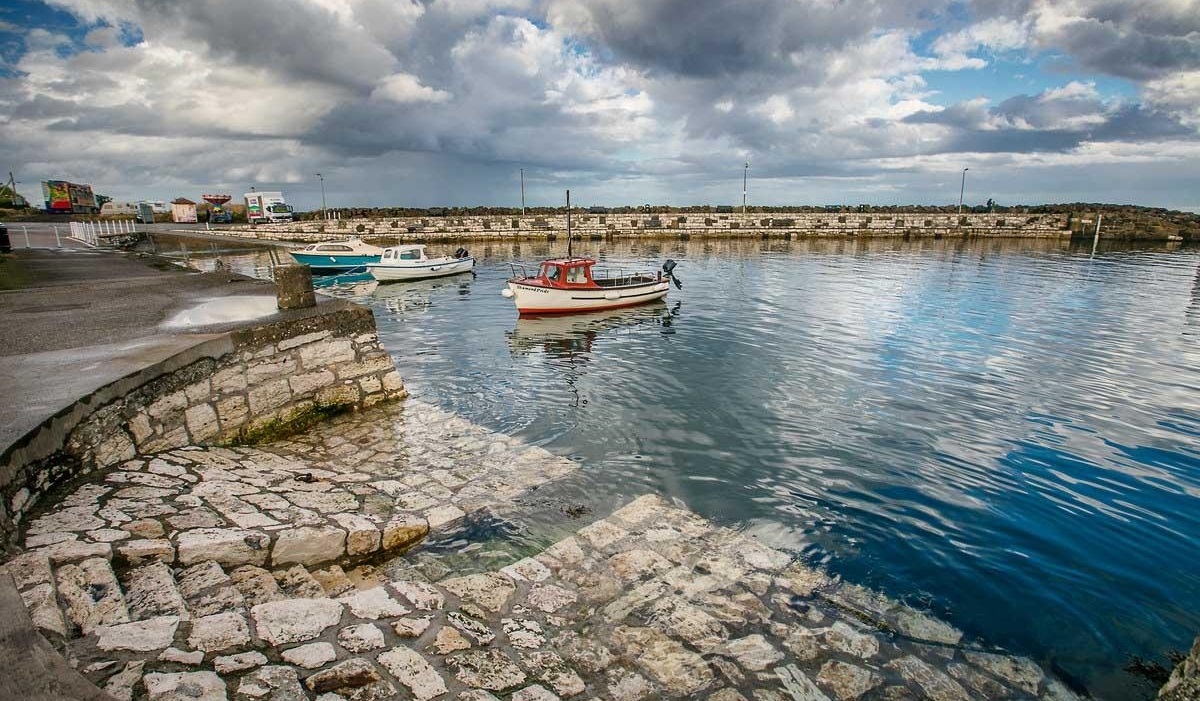 On the harbour of the Carnlough Village, transport yourself to the Braavos Canals where Arya Stark surfaced from the water after being tricked and stabbed by the Waif. This location is where she crawled up the harbour and stumbled the streets of Braavos to have her wounds treated.

From here Arya was able to hatch her plan that would allow her to lure the Waif into the dark chambers she had set up to mimic the environment she was in while she was blind and give her the upper hand in their final battle. This would allow her to go on and finish her training and become no one. 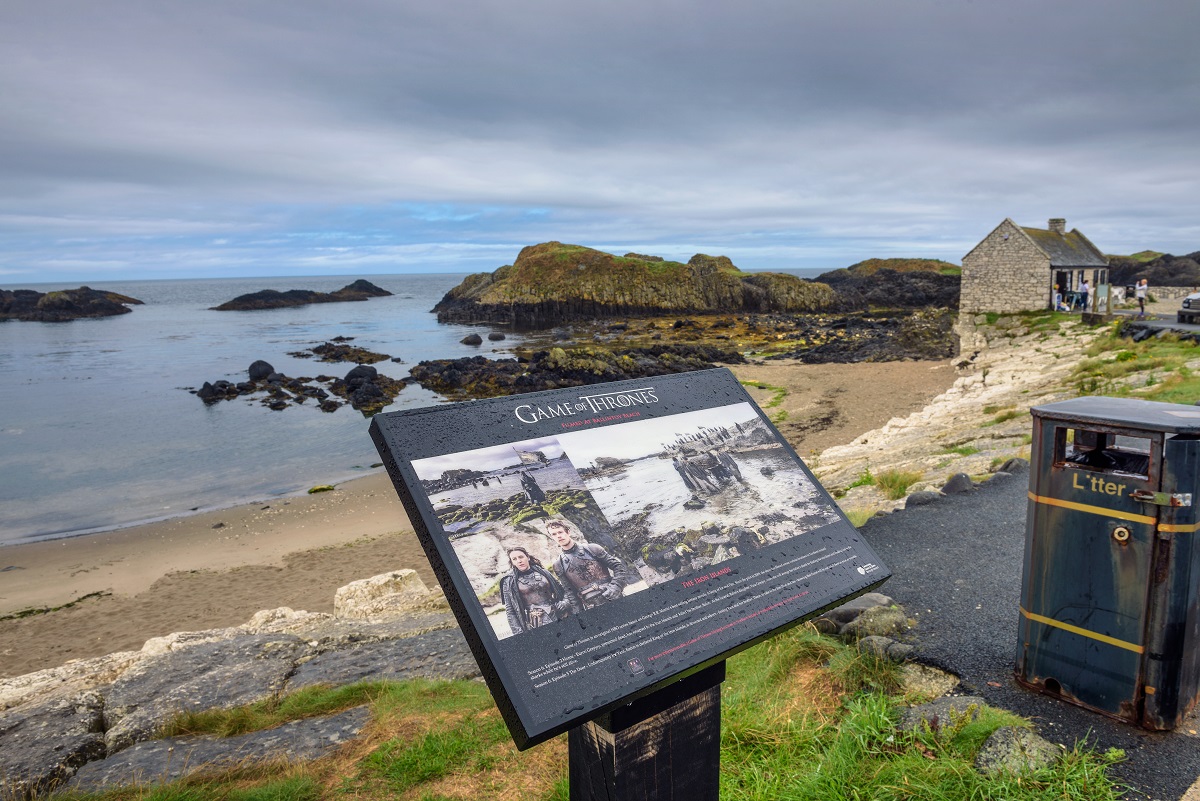 Discover what it means to be Ironborn when you venture to Ballintoy Harbour which is where you will find Pyke. This is the port that Theon Greyjoy arrives into when he makes his return the Iron Islands.

The nearby Ballintoy Beach is also where Theon's uncle Euron Greyjoy is drowned and revived to become the king of the Iron Islands. 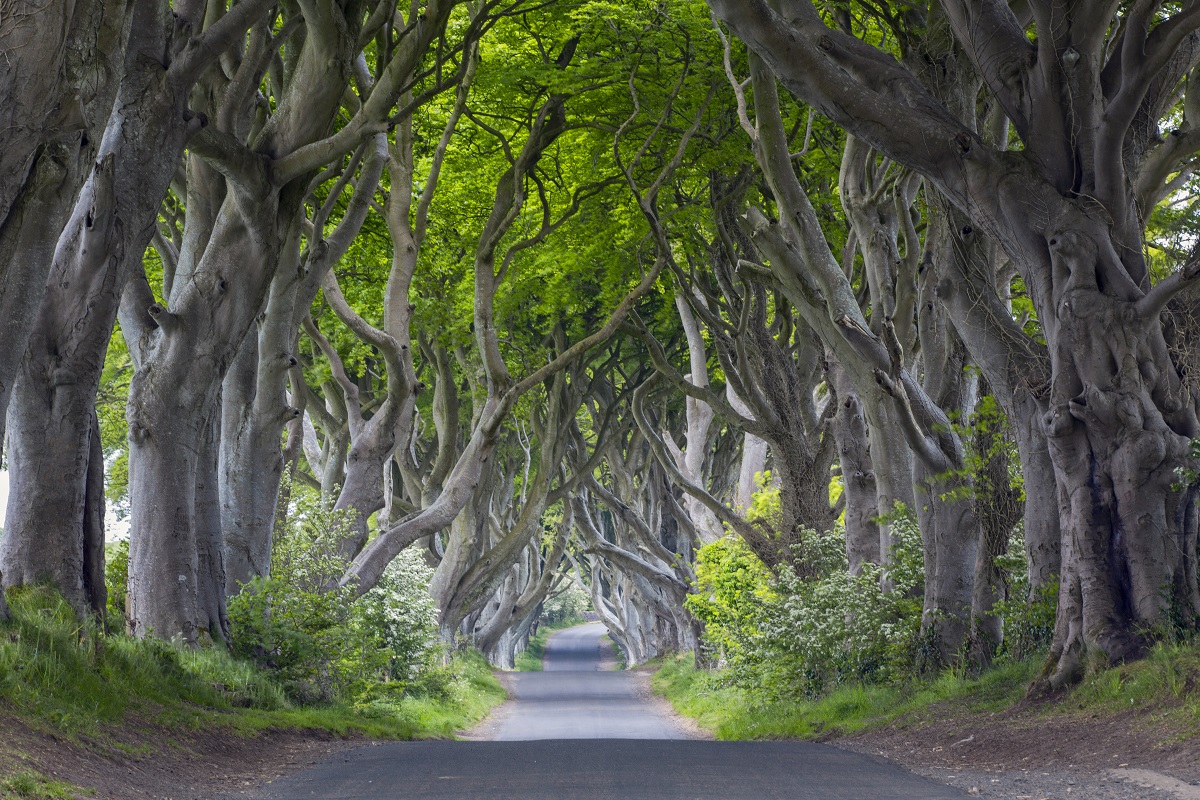 Fleeing the Lannister army, Arya Stark and her companions Gendry & Hot Pie join the Nights Watch in order to travel north along the Kingsroad and to safety.

The 18th Century avenue of Beach Trees that is known as the Dark Hedges is the location that was used to film Arya and her friends thrilling journey.

The sands of Portstewart Strand are where Sir Jamie Lannister and Sir Bron of the Blackwater were captured by Dornish soldiers on the coast of Dorne.

This location is also where Elleria and her Sand Snakes conspired to start a war against the Lannisters.

Keep your eye on the skies and look out for Daenerys and her dragon; Drogon as the Binevenagh Mountain is where they flew to after Daenerys needed to flee from the fighting pits of Meereen when she was set upon by the Sons of the Harpy.

Pass through the flowing waterfalls in Belmore Forest to find yourself inside the Pollnagollum Cave which is where the Brotherhood without Banners led by Beric Dondarrion take refuge from the Lannister army.

This is where Arya, Gendry and Hot Pie are captured by the Brotherhood and witness Sandor Clegane face his trial by combat against the Lightning Lord.

Before you book don't forget to check out our UK & Ireland Global Deals page to find a great deal!

Text and images sourced from: